If you thought Dead Trigger 2 was another run of the mill FPS game you would be wrong, as the game story has been designed to include “real time story development” which is effected by every Dead Trigger 2 player engaged in the zombie-themed shooter. 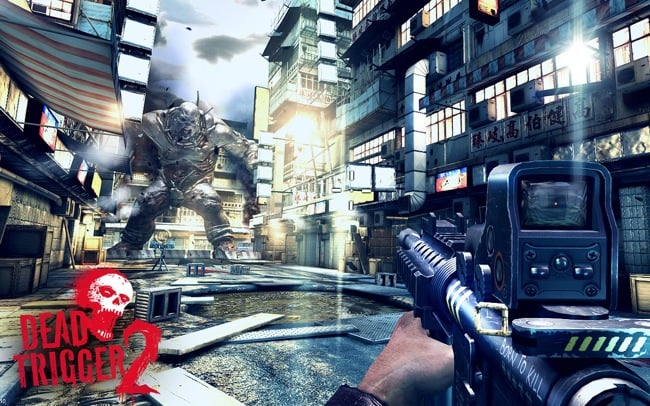 The game enables all players worldwide to partake in global missions that run along side the regular storyline gameplay and missions adding extra involvement and excitement to the games mechanics.

“Find a safe place to hide-out, get equipped, and fight for your life in a real time bid for survival against an onslaught of bloodthirsty undead. Join the Global Resistance and fight to crush the Zombie plague that has positioned the Earth on the edge of peril. It’s up to you to provide humanity with a new chance at survival.”

Dead Trigger 2 has been developed by Madfinger Games and is also available for desktops and notebook systems and includes a a touch control scheme created especially for casual players or an enhanced virtual joystick option to choose from.