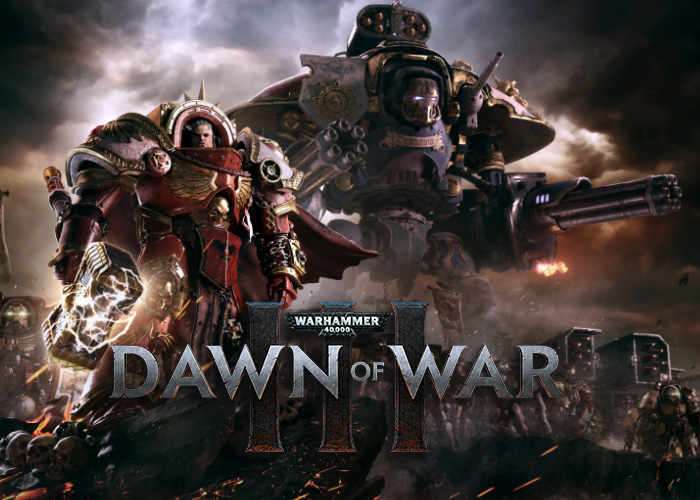 Anyone looking forward to the Dawn of War III’s Multiplayer Open Beta is sure to enjoy this extended look at the gameplay that you can expect to enjoy when Dawn of War III officially launches.

The Dawn of War III open beta will offer :

You will have access to all three of the game’s factions – Space Marines, Eldar, and Orks – and a selection of powerful elite heroes for each. The Open Beta will also include a number of Doctrines so you can begin to experiment in equipping your army for different strategic scenarios, and the Army Painter to customize the way they look. You can compete against other players in custom or auto-matched battles with a choice of three different maps. See below for a quick comparison.

As an added bonus, you can see the intimidating Masters of War skins in action and even try them on for size. The Dark Queen skin for Lady Solaria (Imperial Knight), the Ghost Seer skin for Farseer Taldeer (Wraithknight) and the Big Kustom skin for Beauty (Morkanaut) will all be made available for the Open Beta weekend. Pre-order to get the Masters of War Skin Pack for use in the full, released game for free.

To sign up for the open beta jump over to the official DoW website via the link below.