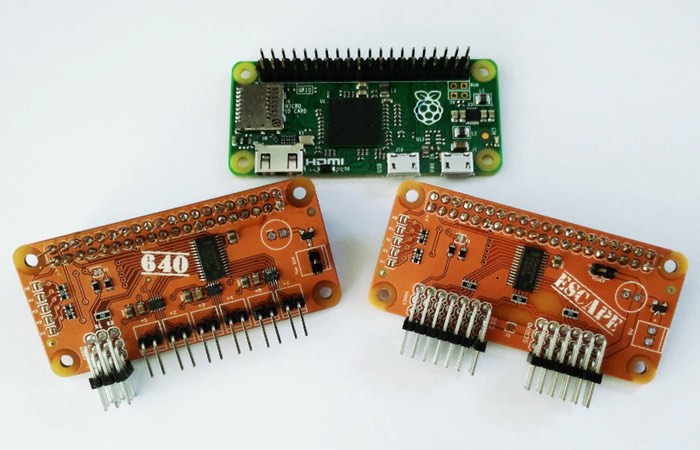 Barry Getty based in the UK has created a range of robot controllers called Dark Control, which have been specifically created to be used in conjunction with the awesome Raspberry Pi Zero mini PC and allow you to build robotic projects with ease.

The Dark Control robot development boards allow you to control up to six motors at a time and have been launched via the Kickstarter crowdfunding website, with early bird pledges now available starting from just £12, with shipping expected to take place during October 2016.

Why six motors? Six is a magical number when it comes to motors – it opens up possibilities and options you just don’t have with 4 motors or fewer. With underwater robotics, six motors allows you to create an extremely manoeuvrable diving robot or a 4 wheel drive bottom crawler with an additional 2 vertical motors for stabilisation and lift.

For land robots, whilst six motors may sound like overkill, it could mean the difference between making it over a hill or not. Think you can get away with 4 wheel drive or 2 wheel tank tracks? Then why not use the remaining motor drivers to add a stepper motor for a 360 degree scanner or camera mount.

The world is there to be explored and robots, whether they fly, drive, sail or dive are an increasingly common means of reaching and documenting remote and exciting locations. We want you to be able to make the best, most capable robots you can imagine without being limited by size and functionality, so we decided to make available two very small, yet extremely capable robot control boards we have been working on.

For more information on the new Raspberry Pi Zero robot controllers jump over to the Kickstarter website for details by following the link below.If you found this article interesting you might also be interested in this list of awesome Raspberry Pi Zero projects we have put together.