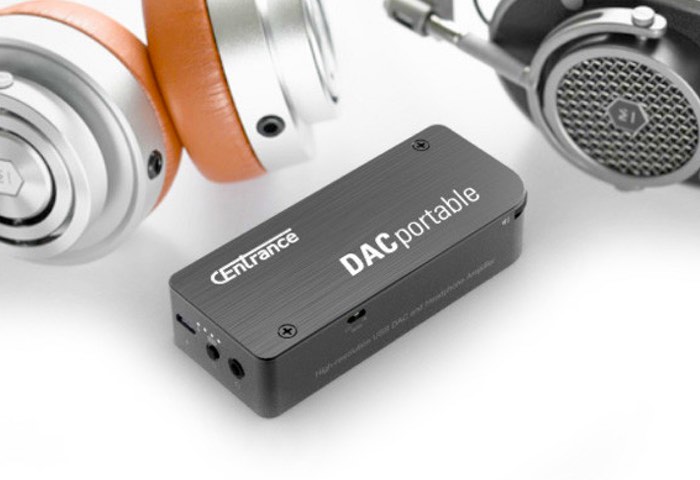 CEntrance has created a new headphone amplifier which they say is the world’s smallest self powered headphone that has been specifically designed to improve the sound of mobile devices such as smartphones and tablets as well as computer systems.

The small DACportable headphone amplifier has been fitted with “sonic shaping” technology which is explained in detail in the promotional video below.

Its developers explain more about the inspiration behind the DACportable headphone amplifier and its features :

You like going places and listening to music. You pack lightly when you travel, because it’s all about the experience and ease. You don’t want to carry a separate music player for two reasons—first, they are expensive, and second, you already have your phone! So, you load your music onto your phone, pack your favorite headphones and go!

But, when you plug your awesome headphones into your phone, something’s not right. Something’s missing from your music. It sounds caged-in. It lacks impact, clarity, and emotion. Your music just isn’t ALIVE.

The truth is that phones, laptops and tablets aren’t designed by musicians and your phone is not an audiophile device! It was designed with the average consumer in mind, so it includes mid-grade parts to save costs.What a bummer! You hear the sound quality difference, and this gets very frustrating!

Fortunately, there is an answer. It’s called DACportable and it comes from CEntrance, a leader in personal audio. For the last 15 years we’ve built equipment for recording studios, performance stages and broadcast facilities worldwide. We’ve designed mixing consoles, recording equipment, and home stereo systems for music professionals – the most demanding ears out there.

DACportable is the answer to bad portable sound. We packaged an awesome audio system inside a small but durable anodized aluminum case! Now you can listen to music in a whole new way using your phone, tablet, laptop or desktop. DACportable will breathe new LIFE into your music.

The DACportable headphone amplifier is now available to back over on the Indiegogo crowdfunding website with pledges starting from just $259. For full specifications and details including all the available perks visit Indiegogo via the link below.