Cygnett is a well know accessory manufacturer of cases and accessories for Apple devices, and now some new cases, which are made by Cygnett have turned up in Australia, they were picket up at a local retailer by the guys from Product Feedback.

As you will see in the video below, if these cases are correct, then Apple’s iPad Mini will end up featuring a 7.85 inch touchscreen display, and will also come with a 16:9 aspect ratio. 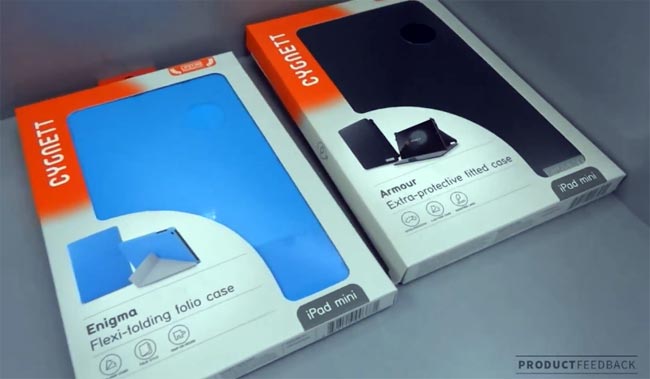 This ties in with what we have heard previously that the iPad Mini will feature a 7.85 inch display and a 16:9 aspect ratio, we have no idea if these cases are the real deal but they certainly look like it from the video.