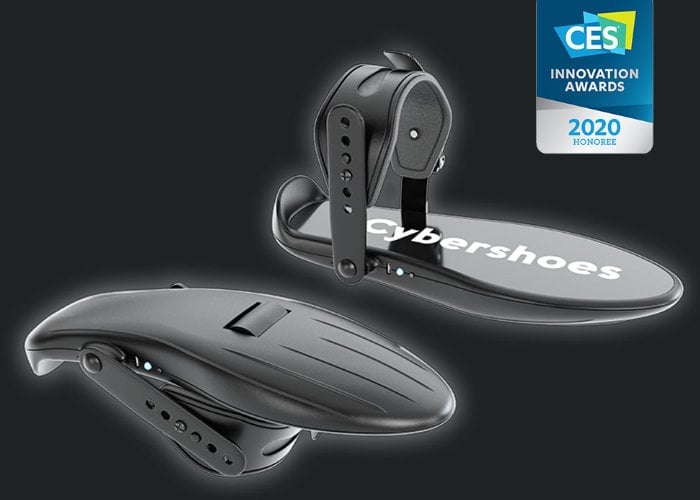 Cybershoes the developer team behind the world’s first virtual reality shoes designed for running and walking in VR environments. Has this week announced that a new wireless version will soon be available for the Facebook built Oculus Quest and Quest 2 headsets. Previously only available in wired models, this must-have VR accessory straps to the player’s feet and enables active gaming in virtual worlds. A Kickstarter campaign for wireless Cybershoes for Quest will open for pre-orders later this year, and a Software Development Kit (SDK) is now available for native integration of this technology into games, says Cybershoes.

“Wireless Cybershoes connects to a Quest headset via Bluetooth and features an inside-out tracking system. Sitting in a swiveling stool and sliding Cybershoes forward and backward allows users to control their direction and speed with their own movement while also encouraging physical activity. “

“Movement and locomotion has been a consistent issue in VR gaming. The main movement mechanics available today – smooth movement via joystick or teleportation – can be jarring and lead to motion sickness,” said Michael Bieglmayer, CEO of Cybershoes. “By translating natural movement to in-game motion, Cybershoes addresses motion sickness while increasing immersion, activity, and enjoyment.”

“It is one of our core values to allow players to fully customize their preferred way to play,” said Richard Stitselaar, Managing Director at Vertigo Games. “We have a few people in our office who are sensitive to motion sickness so we take comfort very seriously. Arizona Sunshine already supports a wide range of comfort options and Cybershoes provides an intuitive way to bring the player’s physical motion into the game, allowing our players to experience VR however they like.”

Developers interested in integrating Cybershoes into their Oculus Quest games are encouraged to get in touch with the Cybershoes team via the link  below. As soon more information is released confirming a launch date for the new Kickstarter campaign, we will keep you up to speed as always.