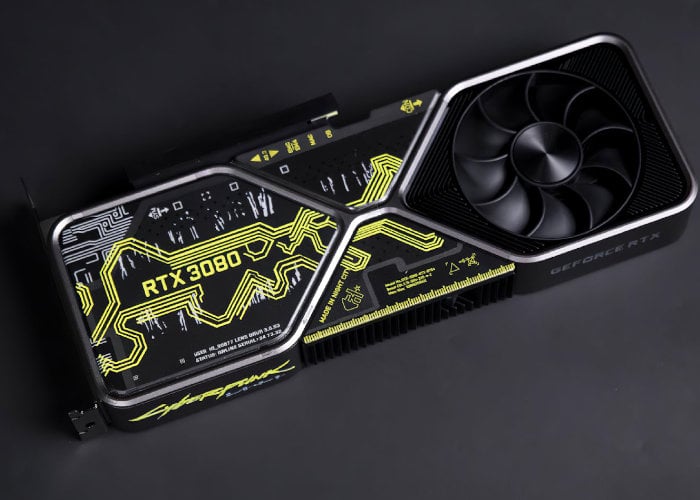 The highly anticipated launch of the new Cyberpunk 2077 game created by the development team at CD Projekt Red will be officially launching in under two weeks time on December 10th, 2020 and will be available to play on PC and next-generation gaming consoles. To promote the launch of the new futuristic Cyberpunk 2077 game, CD Projekt Red is giving away a single copy of a custom GeForce RTX 3080 graphics card featuring Cyberpunk 2077 theme on a Chinese social platform Bilibiliy.

Gamers that are already equipped with NVIDIA graphics cards with RT cores onboard inn the form of Turing and Ampere will be able to enjoy real-time ray tracing effects, and at launch, ray tracing hardware acceleration will be exclusive to GeForce graphics cards. “NVIDIA already had a special model for Cyberpunk 2077, the RTX 2080 Ti, which launched much sooner than the game eventually did. Since then, the hardware has improved (and probably the game too) thus the RTX 3080, which features 2nd generation ray-tracing cores should definitely provide a much better experience.” Explains the VideoCardz website.