After three years of using their Andy skateboarding mascot to promote and link their work, the team responsible for CyanogenMod have introduced a new mascot named Cid.

Cid which is short for CyanogenMod ID will now take the lead as the mascot of the teams creations and forge a new era for CyanogenMod. The new design was created by Caio who describes a little about his thoughts and inspirations for the new mascot design. 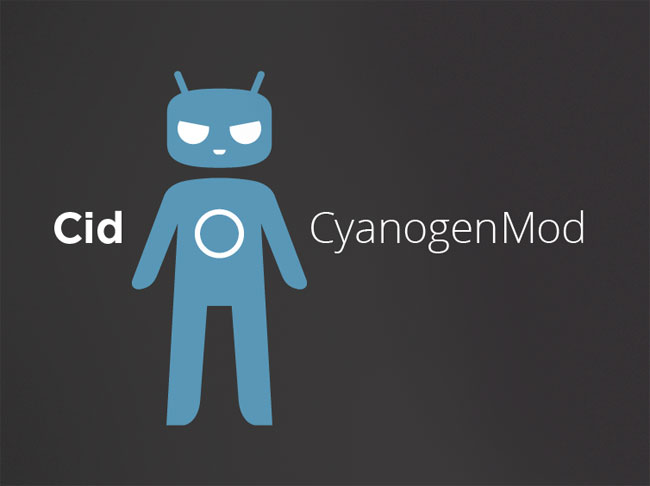 “When I first started working on the new mascot I had this vision of making something that could also work as a polished and modern logo. I came up with two humanoid figures whose bodies took inspiration from heroes action figures and resembles the original Android robot. For the heads I started with two ideas: a power socket and a simplistic round head. I wanted CM’s own robot to feel like an evolution of what we had before, giving it its unique look – and it’s a huge challenge to try to evolve something people know and love.

The idea here was to create something cute (people love cute), modern and extremely flexible. Something simple yet iconic; so we could do thousands of different things with it. I wanted the mascot to look great everywhere in every size and color.

For colors I decided to keep the most obvious choice, which was keeping the cyan and grey from our Andy.”

The CyanogenMod team hope their new Cid mascot will be unique for CyanogenMod and provide an identity and attitude by which the project can continue to develop, a mature Android OS.

For more information on the new Cid mascot jump over to the CyanogenMod website.