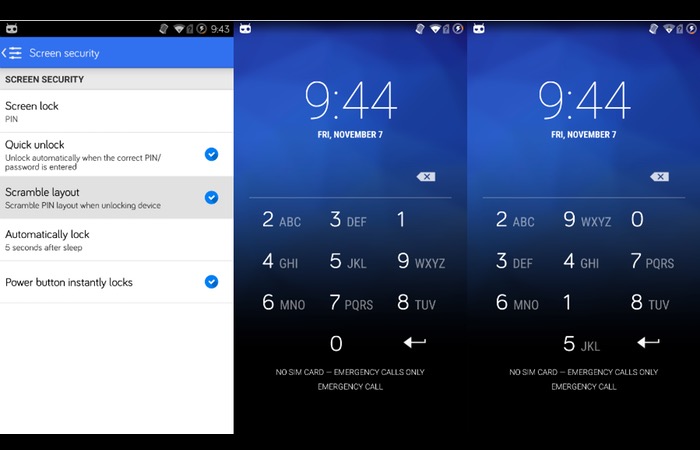 Cyanogen has today unveiled details via Twitter about a new Cyanogen Scramble PIN feature they have created to help keep your smartphone login PIN number more secure from prying eyes.

The Cyanogen Scramble PIN feature scrambles the order of the lock screen numbers as they are presented when you need to access your smartphone. Discouraging third-party individuals from watching the location of your finger as you login or by guessing the numbers you have used to log via the fingerprints left on your screen.

As you can see from the image above when the login screen scramble layout is enabled the numbers on the lock screen will change every time you need to login. Removing the need to worry about anyone catching a glimpse of your PIN code strokes as you access your smartphone.

The new PIN code scramble feature will be optional so you don’t have to implement it if you feel it’s not necessary, but it is good to know that the extra security will be there if you need it.