Fans of the popular iOS game Cut the Rop will be pleased to know that ZeptoLab, the makers of the game have released a new version, Cut the Rope: Experiments, and it is now available for the iPhone, iPad and iPod Touch.

The new Cut the Rope: Experiments features many similarities with teh otiginal game, although according to the creators it requires a different kind of strategy to plain the game. 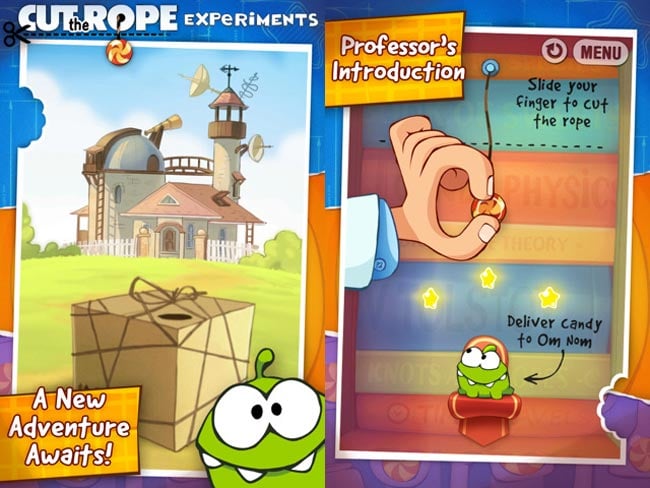 Cut the Rope: Experiments uses GameCenter for achievements and leader boards, and features social media integration with Facebook. Players are challenged to find the Professor’s secret gallery of Om Nom photo observations hidden in each of the level packs and share findings with friends on Facebook.

“In designing Cut the Rope: Experiments, we wanted to maintain the experience fans have grown to love, while offering new settings, new gameplay elements, additional animations, and updated sounds,” said Semyon Voinov, co-founder of ZeptoLab. “We’re excited to share these new twists on the old game, as we further develop Om Nom and his story.”

Cut The Rope Experiments is available for $0.99 from the iTunes App Store.