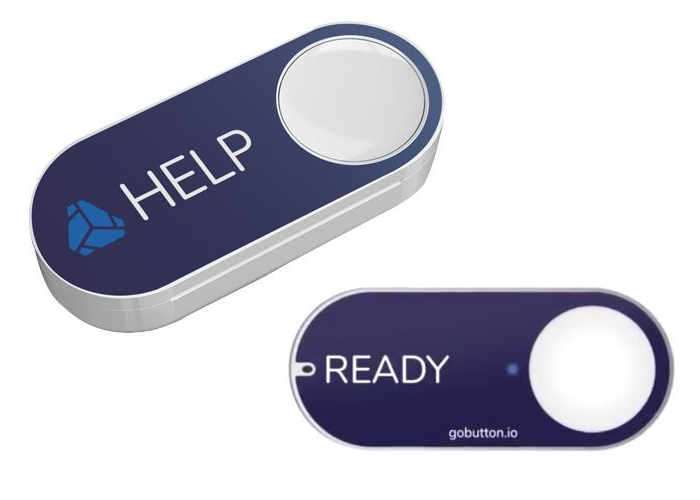 Visybl have created a new internet-connected wireless button called the GoButton which is similar in design to the Amazon range of Dash buttons that enable you to quickly reorder products from the Amazon catalogue with the simple press of a button.

The new GoButton provides a simpler customisable IoT button for those would rather not get involved in the programming of the AWS IoT button which is also available from Amazon priced at $20.

Visybl is an “Amazon Button partner,” and the goButton uses the same hardware as Amazon’s Dash buttons and will soon be launching via Kickstarter on June 2nd. With early bird prices starting at $29 per button, climbing to $34 once the initial pledge tier has sold out, shipping is expected to take place during September 2017.

The simple button has the power in it to free us from everyday mundane tasks, and give us a bit of our day back. So went looking for a great button. One that builds trust, through its reliability, getting the job done every time, press after press. Of course we were beyond excited when Amazon made its AWS IoT Button available to us, with all the power of AWS behind it. All we need now are your ideas and imagination, to make the magic happen. (So tell us!)

As soon as the Kickstarter campaign goes live we will keep you up-to-date as always and provide more information when it becomes available on the GoButton.