This is one of those designs that you wonder why didn’t I think of that, the standard cable for your iPhone and iPad could do with being a bit longer, especially if you want to use your device whilst it is charging.

Curly Cable is basically a longer cable for your iPhone, iPad or iPod, and the designers obviously took their inspiration from old style telephones, as the cable can be extended easily. 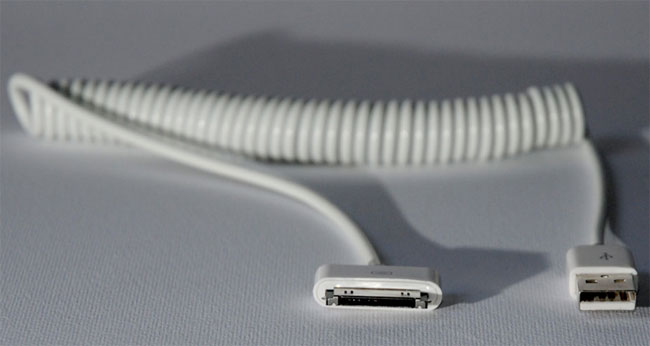 The Curly Cable is a Kickstarter project, and it looks like the developers have already reached their target, so the device will go into production and each cable will retail for $15.00, you can find out more information over at Kickstarter.