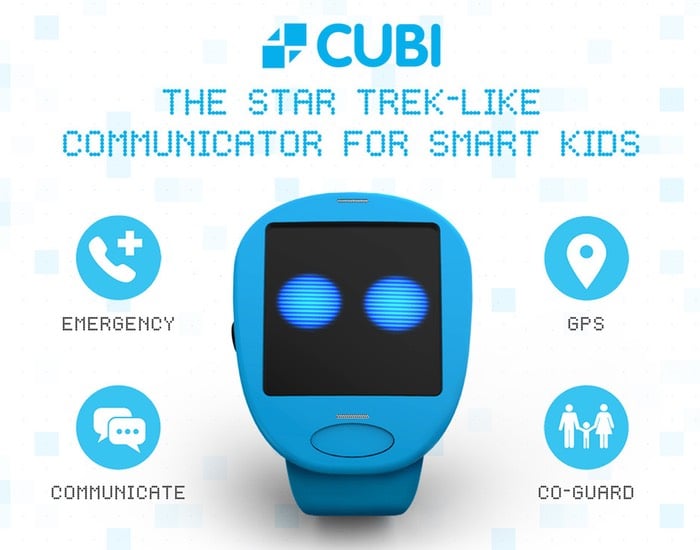 BeLuvv has unveiled and launched a new wrist worn communicator called Cubi over on the Kickstarter website. That has been designed specifically for children and can be used to communicate with other members of their family with ease.

Cuba is fitted with a GPS tracker and instant emergency alert system together with the ability to send voice messages to selected smartphones and other Cubi communicators. 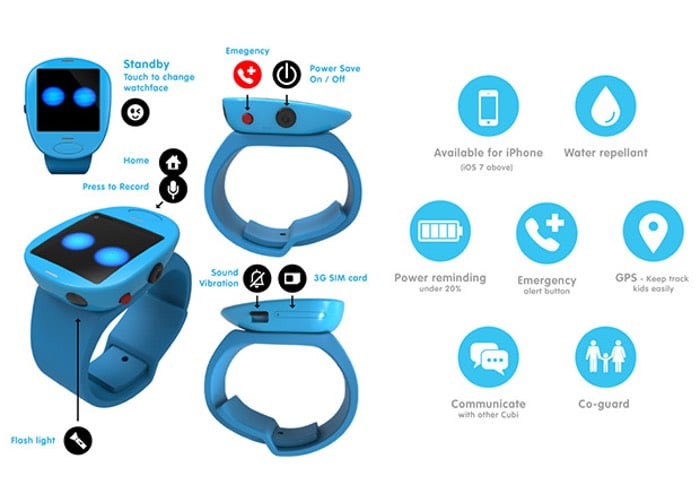 The Cubi communicator project is currently over on the Kickstarter crowd funding website looking to raise $100,000 in pledges to make the jump from concept to production. BeLuvv its creators explain a little more about their Cubi wrist worn communicator.

“The fundamental idea is to build-up and strengthen the connection within family. Allows children to express their feeling freely with people they love.

More so, communicating between peers has been a huge part of our daily life. We adults gets to stay informed with people we know and people we love at any given time. As for children, especially when they are not allow to carry a phone yet, it’s not as easy as they wish it would be.
Thus, we’ve created Cubi. That is easy to use, comfortable to wear and packed with all the necessary tools to serve their everyday needs.

Last but not least, Cubi comes equipped with various protecting functions to ease parents worries. Plus it also comes with several marvelous features made especially for children.”

So if you think the Cubi communicator is something your children could benefit from, visit the Kickstarter website now to make a pledge and help Cubi become a reality by making a pledge from $99.