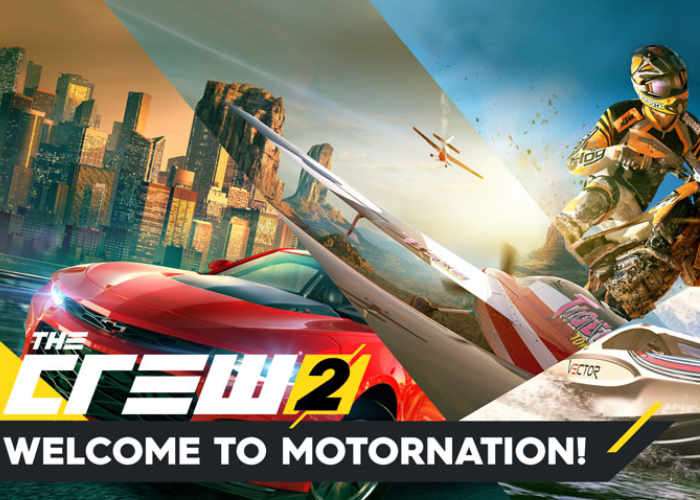 Over the weekend the new The Crew 2 motorsports gameplay trailer for the PlayStation 4 which was shown at this year’s E3 2017 has been uploaded to the official PlayStation YouTube channel for your viewing pleasure.

Check out the 9 minute gameplay trailer below to learn more about what you can expect from the next instalment in The Crew 2 franchise. Also don’t forget you can now sign up for a chance to access the Crew 2 early beta gameplay development stage if desired from the official website.

Watch the world gameplay premiere of The Crew 2 in this official commented walkthrough featuring Pre-Alpha capture. In this sneak peak, get an early look at some of the ways you’ll dominate the air, land and sea in the colossal, varied open-world of the United States we call Motornation.

Check out a street race through New York City, aerobatic plane stunts in the clouds, explore off-road racing through the North Eastern forests, plunge into the swamps via a high-speed jet boat and much, much more. In The Crew 2, America is yours to explore and to conquer in Motorsports. Make sure to sign up for a chance at Beta Access to play The Crew 2 early.