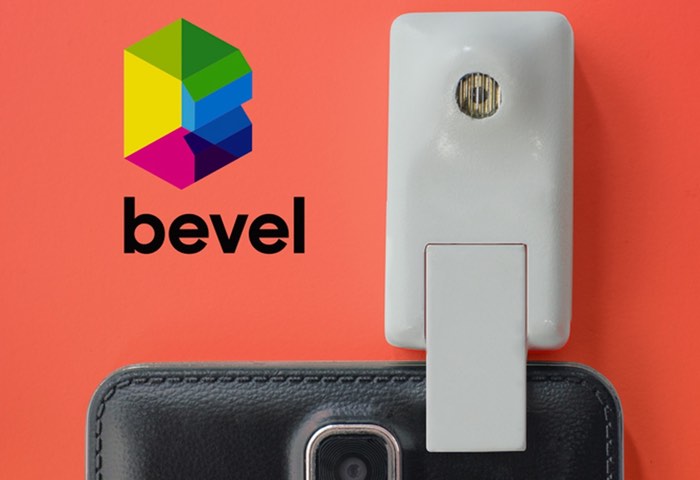 Matter And Form have created a new device called Bevel that can be attached to your smartphone or tablet and enables the easy creation of 3D photographs.

Bevel is simply inserted into the headphone jack of your mobile device and is the first accessory to transform an ordinary smartphone tablet into a 3D camera. 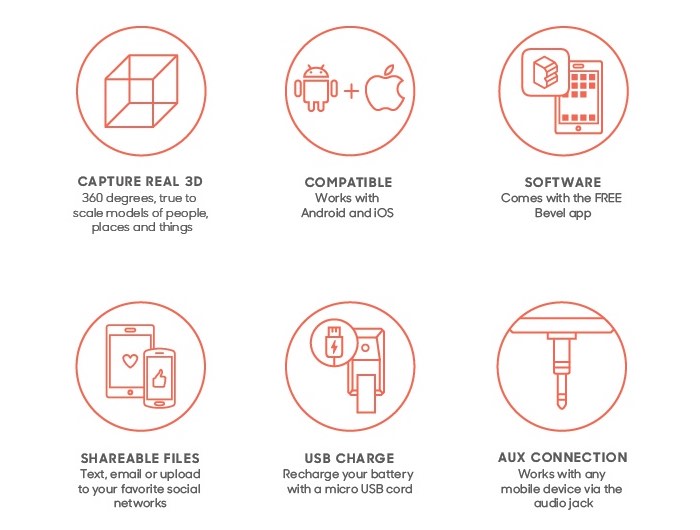 The team of developers have launched the Bevel 3D photographic adapter over on the Kickstarter crowdfunding website and are already close to raising their $200,000 pledge goal, thanks to over 2,000 backers. Watch the video below to learn more about this unique mobile device adapter.

Bevel is the world’s first attachment capable of capturing real 3D photographs on any smartphone or tablet. Other 3D attachments create the illusion of 3D by enhancing the depth of an image, but fail to capture a file that you can actually use. You can even use Bevel for 3D printing. That’s why we call it Genuine 3D photography.

Bevel uses an eye safe laser light, and the existing camera on your Android or IOS device, to capture photographs in a whole new dimension. Simply plug it in, and pan the person, place or thing you want to capture. Bevel creates beautiful 3D photographs that you can use in amazing ways.

With the Bevel app you can do everything you do with ordinary photos. Post your 3D pictures on facebook, instagram, tumblr, twitter or any social network. Use the Bevel app to share directly to friends or upload and share them online with a link. Save them and even use them for animation, video game design and 3D printing.

For more information on the new Bevel 3D photograph adapter jump over to the Kickstarter website for details.