This has to be the world’s craziest rubber band gun, The Disintegrator, and from the looks of the photo, its name is quite fitting. 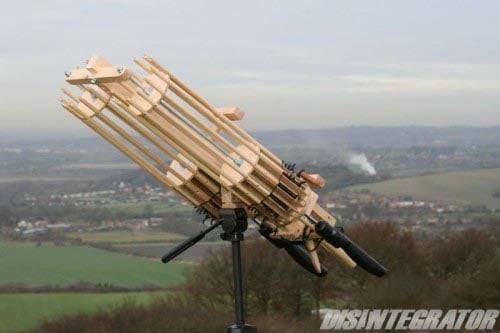 Check out the video of this cool rubber band gun inaction.

Head on over to DISINTEGRATOR for full details on how it was built, it certainly looks like a lot of fun from the video.