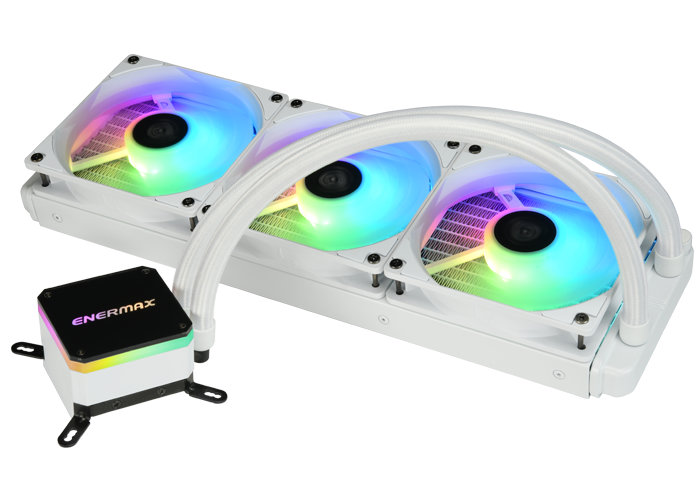 ENERMAX has introduced a new process a liquid cooling system in the form of the LIQMAX III 360 ARGB. The exclusive dual-convex blades are capable of delivering stronger air pressure and high volume airflow (max. 72.1 CFM) which can take away the heat around the radiator faster. The white CPU AIO liquid cooler is composed of white fan frames, tubes, and radiator to show your system’s uniqueness and addressable RGB lighting effects.

“LIQMAX III ARGB 360 is designed with superior cooling performance (360 W TDP) which is capable to keep your processor at low temperature even though your processor is running in all-core. Thanks to the precision engineering technology, the patented Dual-Chamber water block design can enhance the heat transfer rate in order to remove the hot spots from your processor rapid. “