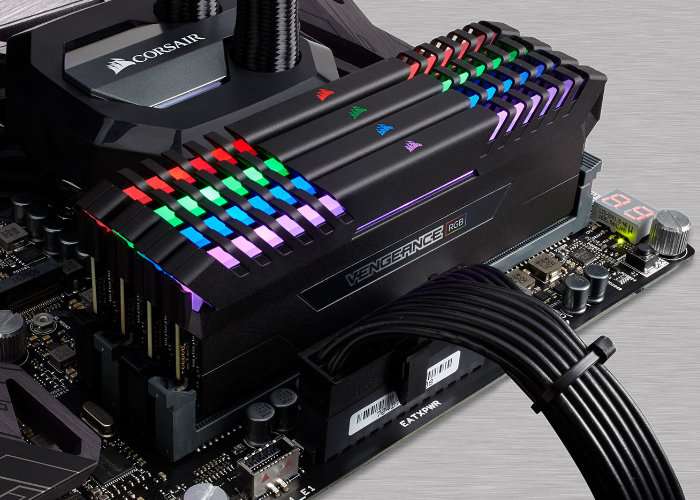 Corsair has this week announced the launch of its new Vengeance RGB DDR4 Memory, which is capable of not only adding a performance to your gaming rig but also plenty of colour thanks to its integrated RGB LEDs which are included in every module.

The “precision engineered” light bar has fitted to the top of each ram module and generates custom lighting with four different modes available in the form of static, rainbow, breathing and colour shift.

The new RAM is now available in 16GB (2 x 8GB) and 32GB (4 x 8GB) 3000MHz kits, with additional capacity and frequency kits coming soon, jump over to the official Corsair website for more details and pricing.

Features of the new RAM include :