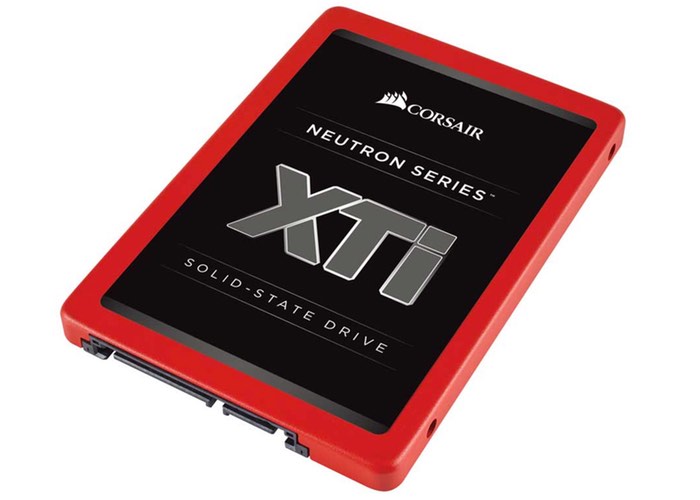 Corsair has this week taken the wraps off its new Corsair Neutron XTi Series Performance SSDs which are equipped with a super quick quad-core Phison controller which has been combined with performance MLC NAND.

The Neutron Series XTi solid state drives offers SATA 6Gbps-saturating transfer speeds of up to 560 MB/sec and will be initially available in capacities of 240, 480 and 960 GB and will becomes the very first 1920GB SSD in the near future, says Corsair.

With top-tier performance, reliability and consistency, the CORSAIR Neutron Series XTi meets the high-performance storage needs of the most discerning PC gaming enthusiasts and content creation professionals alike. The result is exceptional transfer speeds of up to 560 MB/sec, 540 MB/s sequential write, 4KB random read of up to 100,000 IOPS and 4K random write of up to 90,000 IOPS; up to the tasks of today’s most demanding end-users. The Neutron Series XTi is also equipped with end-to-end data path protection, ensuring data is protected against corruption from the host to the NAND gate.

– Static and Dynamic Wear-Leveling: The lifespan of the drive and its overall reliability are greatly enhanced by wear-leveling.

– Compatible with CORSAIR SSD Toolbox: Access a number of crucial software tools for getting the most out of your SSD