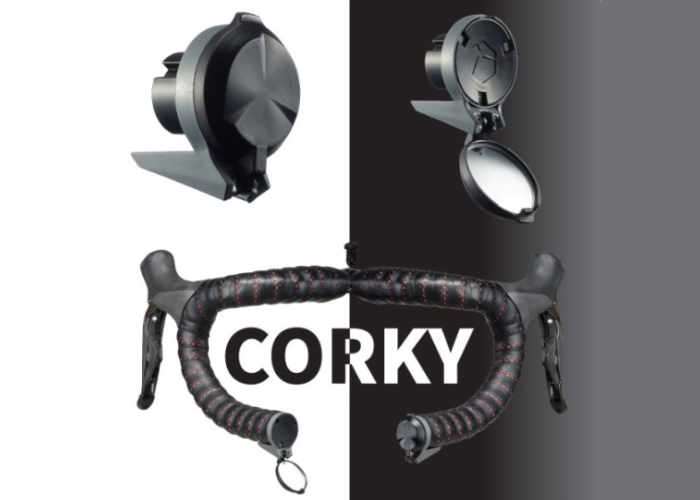 Cyclists looking for a small unobtrusive rearview mirror for their racing or hybrid bicycle, might be interested in CORKY which has been designed by Min-Hyeon Seung based in Los Angeles.

The small mirror can easily be deployed and fits into the end of your dropped handlebars, allowing you to easily glance at the mirror to see the competition gaining on you or any traffic that might be approaching.

Watch the video below to learn more about CORKY which is now available to back from just $24 with shipping expected to take place during April 2017. The designers of CORKY explain more about its inspiration and design.

Riders! Try sexy CORKY. This rearview mirror is optimized for a cycle and can be mounted on a drop bar. A 360-degree angle control mirror allows you to see up to 40 meters behind you. If you close the lid, you can protect the rearview mirror. The wing of the CORKY body is designed to minimize the rearview mirror’s air resistance so as to interfere as little as possible with riding.