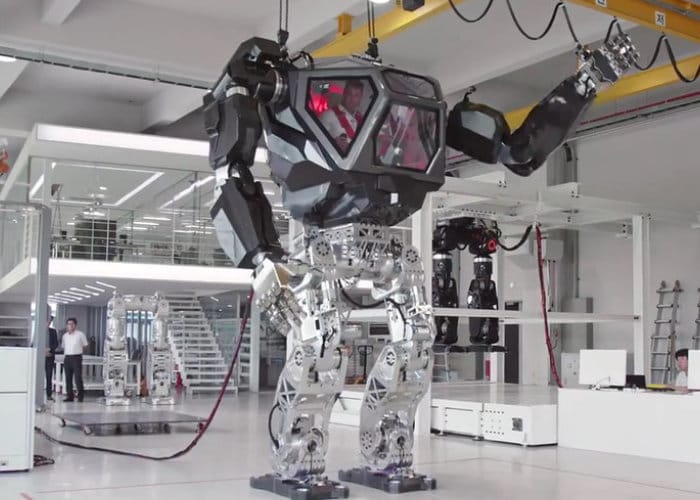 It has been the dream of many to be able to step into a mecha robot and take control of its huge metal frame. This week a YouTube video has been published by the Autoblog channel demonstrating just that. The huge mech robot is being developed bySouth Korean tech firm Hankook Mirae Technology.

However the mecha robot is not being designed by engineers but Hollywood concept designer Vitaly Bulgarov. Previous creations by Vitaly opening featured in movies such as Ghost in the Shell, the latest Transformer, Robocop and Terminator movies. Check out the 10 minute video below to learn more about the latest mecha robot being created in reality.

“We’ll be honest, over the years on Translogic we’ve featured a lot of potentially scary tech. Like in many facets of life though, often the things that seem the most frightening actually turn out to be some of the most incredible. On this episode, we’ve hit new heights of both fear and amazement as our host Bucko actually gets to drive a fully functional, bipedal, outrageously badass mech suit. Stop reading. Just watch.”