Maybe tabletized is the better choice of word. As the world leader in punishing academics, South Korea is about to embark on a multi-billion dollar effort to introduce tablets to every classroom in ever school. The total cost of the program is in the neighborhood of $2 billion dollars. It’s unclear if North Korea would bother on a similar boost to their educational system though. 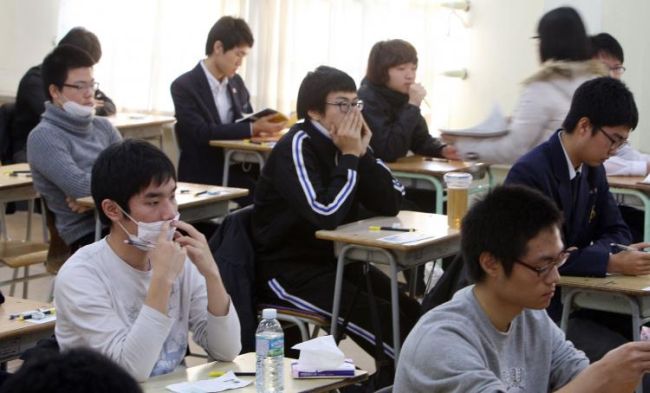 Barring a 2012 apocalypse, by next next year the great transformation will be underway as elementary level classrooms are equipped with tablet computers. This mortal blow to print publishing might also become a role model for other educational systems that want to keep pace with technology trends. But of course, by the time the program climaxes on 2015 it’s still unknown what brand the necessary tablets will be. Seen above is South Korean higher education (actually high schoolers taking college entrance tests) in its current state. It won’t change much in five years except for the curious absence of ballpens and notebooks.

A contentious issue other than brand—Samsung’s Galaxy Tab comes to mind—is also afoot. Since tablets actually make poor readers, especially when using them to consume textbook material, some analysts believe that a brand new handheld PC needed that can accommodate the size and breadth of a traditional textbook. This means South Korea’s top manufacturers may have to scramble for a suitable textbook ereader as the deadline looms.