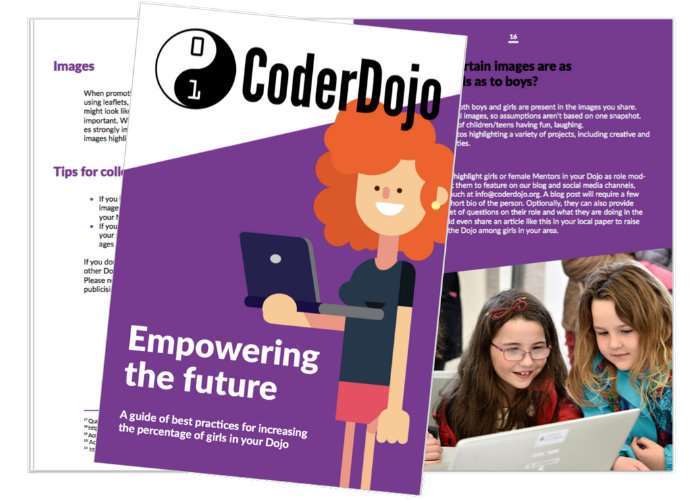 After launching the CoderDojo Foundation Girls Initiative back in March 2017 to increase the average proportion of girls attending CoderDojo clubs from 29% to at least 40% over the next three years.

In the near future the Raspberry Pi Zero Foundation is hoping to :

We are currently finalising our intermediate-level wearables Sushi Cards. These are resources for learners to further explore wearables and integrate them with other coding skills they are developing. The Cards will enable young people to program LEDs which can be sewn into clothing with conductive thread. We are also planning another series of Sushi Cards focused on using coding skills to solve problems Ninjas have reported as important to them.

We recognise the importance of female role models, and over the coming months we will continue to encourage community members to share their stories so that we bring them to the wider CoderDojo community. Do you know a female Mentor or Ninja you would like to shine a spotline on? Get in touch with us at [email protected] You can also use #CoderDojoGirls on social media.

For more information about the CoderDojo Foundation Girls Initiative jump over to the official Raspberry Pi Foundation website by following the link below.