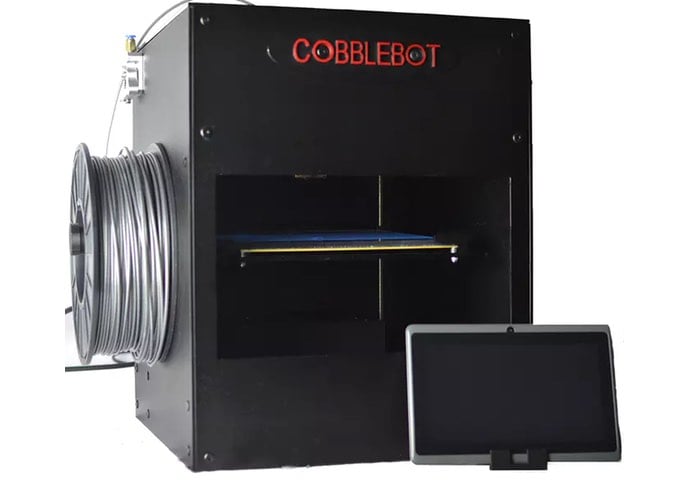 Cobblebot of this month unveiled a new desktop 3D printer they have created in the form of the new Cobblebot Pro XS which is now available to back with pledges starting from $799 for early bird backers.

Features of the Cobblebot Pro XS include a heated bed together with direct drive extruder as well as free global shipping, allowing you to enjoy a professional grade 3D printer at an affordable price, say its developers.

The Cobblebot Pro XS comes fully assembled and equipped with Wi-Fi connectivity that allows you to control your 3D printing from your smartphone or tablet, rather than being tied to a desktop computer. Its developers explain more about the inspiration, design and features of the Cobblebot Pro XS.

The Cobblebot Pro XS Desktop 3D Printer is the first professional grade 3d printer from Cobblebot Inc. This unit comes assembled and configured. The only assembly that will be required by the end user is attaching the spool holder (this item is detached for shipping reasons and can be attached in under 60 seconds).

This unit includes a tablet control center, which is an Android based tablet with a 7″ display. The Cobblebot Pro XS is Wi-Fi enabled and the tablet control center is setup to control the unit over Wi-Fi. You will also have the option of controlling the printer with your desktop browser or via an APP on your phone or other tablet (iPhone, Android, or Windows).

Check out the video below to learn more about the Cobblebot Pro XS desktop 3D printer which is taken to Kickstarter to raise $80,000 to go into production.