Fans of the ClockworkMod Superuser app that allows Android users to adjust and manage which apps have root access on rooted Android devices, has now been fully integrated into CyanogenMod.

Originally the initial release of the ClockworkMod Superuser app could only be installed via recovery mode, but has since been developed in to a .apk release available from the Google Play Store. 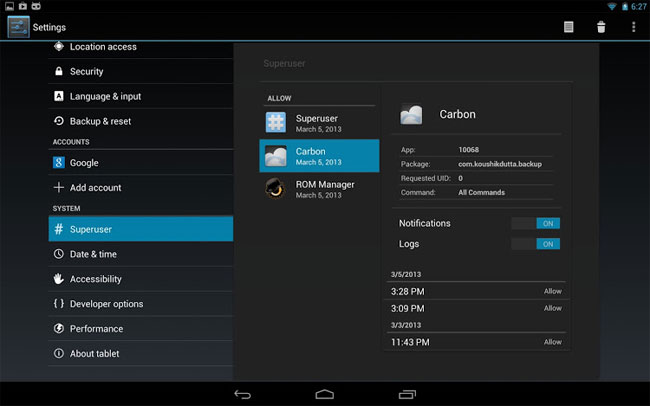