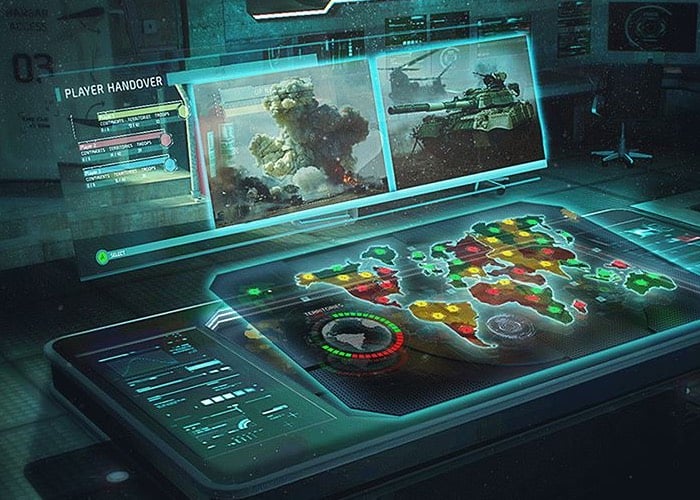 Fans of the classic RISK board game that also own next-generation Xbox One and PlayStation 4 consoles may be interested to know that the RISK video game is now available to purchase for both systems.

The RISK game has been developed by Ubisoft and transforms the physical strategy, card and board game in to a digital title and takes the form of roughly a 3GB download that supports both online and league play modes.

The Xbox One and PS4 versions of game are priced at $15 each, and the game will also be launching on older Xbox 360 and PlayStation 3 consoles later this year.

“Modern combat meets RISK – the classic game of global domination. RISK steps into the near future with modern armies. Using the 2010 rules as standard, Risk offers an exciting strategic experience. Direct the war from your high-tech control room, fighting on the classic map layout on 3D; Deploy tanks, planes and infantry… All in the modern warfare twist on the classic game of global domination! Xbox Live league play allows you to compete with people from around the world.”

The RISK video game for the first time introduces “Iris,” an artificial intelligence “whose mission is to give tactical guidance” through tutorials and feedback. For more information on the new RISK video game jump over to the PSN or Xbox Live website for details.