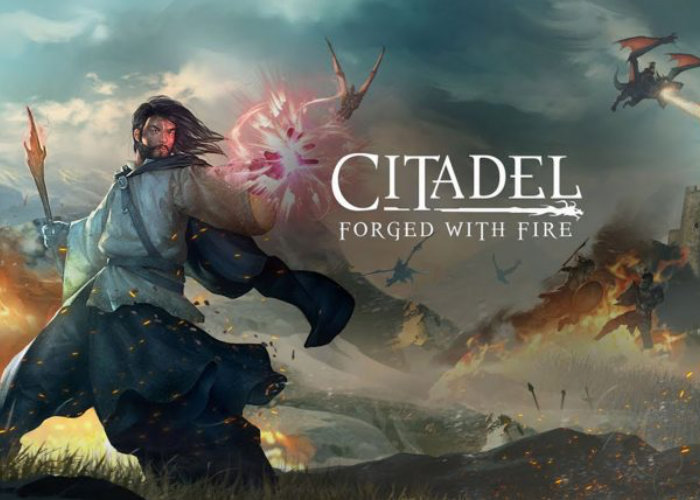 Citadel: Forged With Fire the massive online sandbox RPG features elements of magic, spell-casting, building, exploring and crafting. Citadel: Forged With Fire launched on PC back in July 2017 in Early Access via Steam and has been created by Blue Isle Studios and Virtual Basement. The action RPG adventure be arriving on the PlayStation platform in a few months time on October 11th, 2019. Check out the teaser trailer below to learn more about what you can expect from this multiplayer action fantasy adventure.

Within Citadel: Forged With Fire players have the freedom to pursue their own destiny, “hatch plots of trickery and deceit to ascend the ranks among allies and enemies, become an infamous hunter of other players, build massive and unique castles, tame mighty beasts to do your bidding, and visit uncharted territories to unravel their rich and intriguing history.”

The development team explain a little more about the goal in creating Citadel: Forged With Fire.

“Our primary goal with Citadel is to craft a massive, ambitious fantasy sandbox game in partnership with you, the community. Having a clear line of communication with our players is a top priority, and we plan to use Early Access as an opportunity to build and maintain a relationship of transparency and collaboration. Your feedback will be used to influence the implementation of everything from new gameplay features and content to refining and re-balancing existing mechanics.”

“Citadel: Forged With Fire is a massive online sandbox RPG set in the mystical world of Ignus. Featuring magic, spellcasting, building, exploring and crafting as you fight to make a name for yourself and achieve notoriety across the land. Players can take flight on a broom to travel the world, attack creatures from the sky or form a team and compete in broomstick sports.”