Apple’s [AAPL] iPad has only been on sale for three weeks, and it has yet to go on sale internationally. It seems like some manufacturers in China have started making fake iPads, designed to look like the real thing.

Although this version in the photos below doesn’t actually run Apple’s iPhone OS, instead it runs Microsoft’s Windows 7, probably a pirated copy. 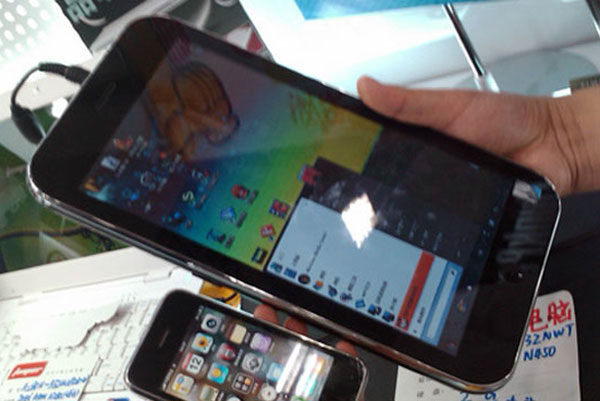 The iPad clone pictured comes with two USB ports, and has a more rectangular shape than the original iPad, it basically looks more like a giant iPhone that an Apple iPad.

The iPad clone is currently selling in China for $2,800 yuan about $410, and according to the manufacture this is just the first rough version of an iPad clone.