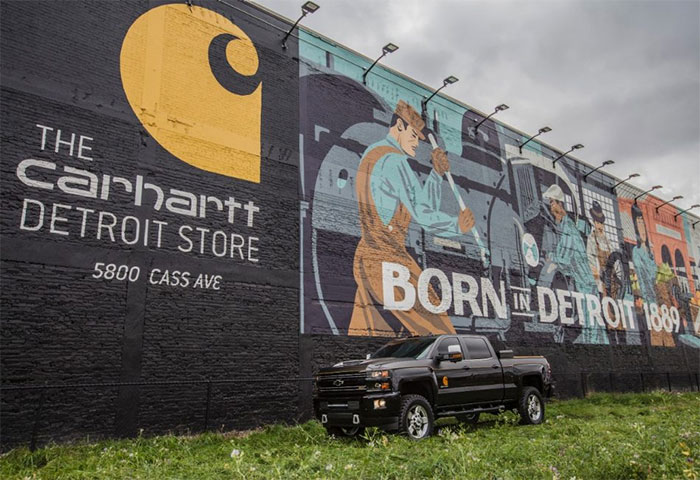 SEMA 2016 is set to kick off very soon and one of the vehicles that will be on display at the show is this Chevy Silverado HD Carhartt concept. This truck looks like something that would be very easy to put into production and would probably be very popular with buyers. Carhartt is a brand of clothing aimed at the working man that is most known for its resilient and rugged work jackets.

The concept vehicle has a black interior with Carhartt duck brown garment material on the seats, armrests, and door panel insets. The fabric is triple stitched at the seams just like the jackets. The seats also feature laser-etched Carhartt logos on the headrests.

The Carhartt fabric was also used for a custom tonneau cover on the concept. Power for the concept comes from a 6.6L V8 turbo diesel making 445hp and 910 lb-ft torque. There is no word on if the concept might go into production, but this would make lots of sense and the working man who can afford a high-end Chevy HD truck would certainly like the style.