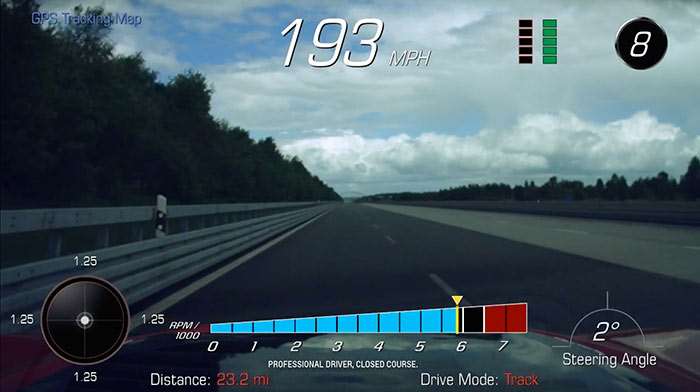 Chevrolet has announced that it has been doing some top speed testing on the Camaro ZL1 Coupe at the German Automotive Testing Papenburg GmBh High Speed Oval. At that oval the ZL1 went 202.3 mph in one direction and 193.3 mph in the other. That gives it an official top speed of 198 mph.

The test was conducted with a ZL1 as close to stock as possible. Chevy said that it filled the production Eagle F1 Supercar 3 tires to 44psi and the only deviations from stock were the safety equipment and data logging equipment, which were mandatory for top speed testing.