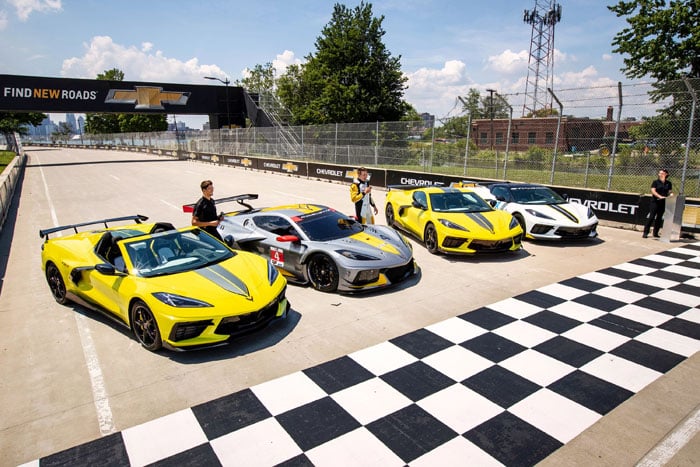 Chevrolet has revealed a special edition C8 Corvette to celebrate its dominant 2020 racing season. The car is called the 2022 Corvette Stingray IMSA GTLM Championship Edition. It will be limited to only 1000 units in left-hand drive markets, and each will be distinctively styled to resemble the No. 3 and No. 4 C8.R racing cars. Chevy says in 2020, Corvette Racing swept the IMSA sports car championship series winning the manufacturers, drivers, and team titles.

The 2022 IMSA GTLM Championship Edition is based on the 3LT trim with the Z51 Performance Package. Each car has Corvette Racing-themed graphics packages with Accelerate Yellow No. 3 editions with gray graphics and Hypersonic Gray No. 4 editions with yellow accents.