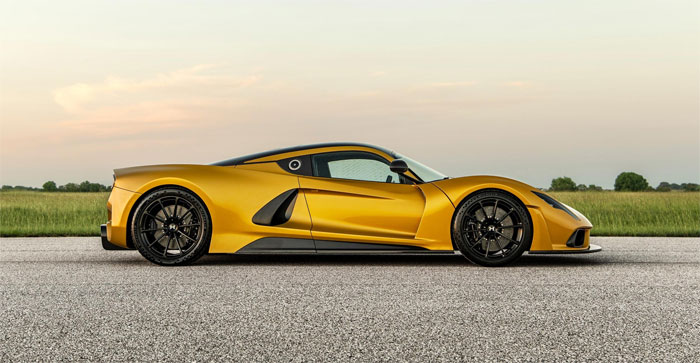 Hennessey Performance has released a new video showing the Venom F5 undergoing high-speed testing. In the video, the car is being driven at over 250 mph. However, as fast as that is, Hennessey is clear this isn’t a top-speed testing run.

Rather, it’s what Hennessey says is one of many tests it conducts to evaluate the stability and dynamics of the F5 at high speeds. For those wondering, the testing happened at the Johnny Bohmer Proving Grounds in Florida.

The video shows a black Venom F5 undergoing high-speed aerodynamic testing. The video also highlights the F5 Mode unlocked when the vehicle is driven at 250 mph or higher. At such high speed, there’s plenty of road and wind noise as the car flies by the camera. However, we also hear loads of turbo noise from the twin-turbo V-8 engine. It almost sounds like a small jet taxiing for takeoff.