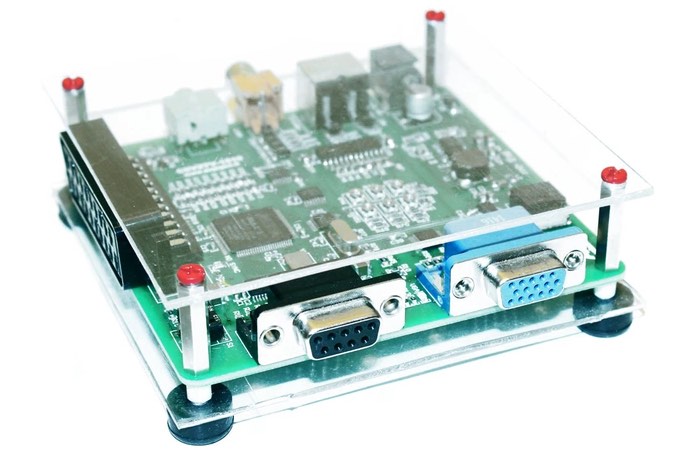 Those looking for an industrial video convertor might be interested in a new Kickstarter campaign launched by ACE Innovation based in Italy for their new CEV2TV Video Converter created for Industrial, Arcade and MAME applications.

To learn more about the CEV2TV Video Converter watch the video below, its designers and developers explain a little more below.

CEV2TV does not alter both the original video resolution and the scan frequency achieving high quality video output. CEV2TV was born about 2 years ago from a very simple and little circuit which was able to separate horizontal and vertical scanning signals from a composite scanning signal.

After few days we had to face an issue: how to replace exhausted CRT monitor of an industrial knitwear machine. We hoped to find a new CRT monitor with the same characteristics of the exhausted one at a low price. After few weeks of research we understood that no standard and low priced CRT monitor was compatible with the industrial machine. Thus, we created the first prototype of CEV2TV.

For more information on the new CEV2TV Video Converter jump over to the Kickstarter website for details via the link below and to make a pledge from $129.