Casio has this week launched a new rugged Android tablet in the form of the Casio V-T500. Which has been created to offer users with Google’s latest Android 4.0 Ice Cream Sandwich (ICS) operating system.

The Casio V-T500 is powered by a dual-core TI OMAP 4460 processor clocked at 1.5GHz, supported by 1GB of RAM, together with multi-finger touch control and a digitiser pen which is sold separately. 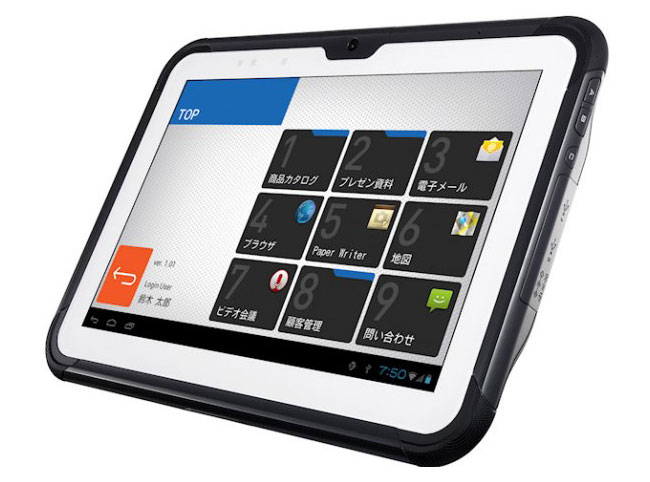 The Android tablet has been designed with Casio’s advanced shock-resistant design. That allows both the V-T500-GE and V-T500E Casio Android tablets to withstand a drop of up to one meter, and protection from dust and splashes with compliance to IP54 standards.

Casio has also fitted their Android 4.0 tablet with both front and rear facing cameras equipped with 5 megapixel cameras. Connectivity is provided by 802.11 a,b,g,n Wi-Fi and Bluetooth 4.0, with NFC also being supported.

Unfortunately no information on pricing or worldwide availability has been released as yet by Casio for their new tablets, but as soon as information comes to light we will keep you updated as always.