Ever since I had my first G-shock watch I’ve always had a soft spot for them and the New MT-G G-Shock is no exception. Yes they look completely unstylish and are large and bulky to wear. But you know what ever you throw at it, your going to break before it does.

The Casio MT-G G-Shock watch has a built in tough solar cell and fitted with Self–Adjusting, Multi-Band 6 Atomic Timekeeping technology. 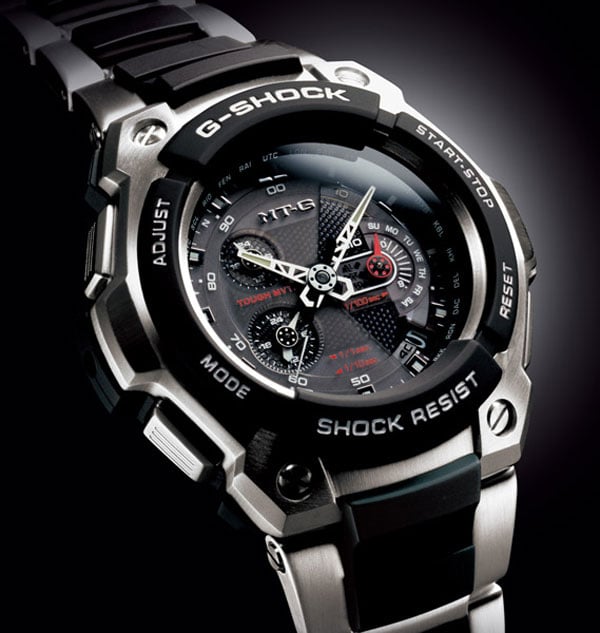 A tiny, solar panel combined with a large-capacity rechargeable battery enables a variety of energy-hungry functions to operate smoothly. The result is an impressive solar timepiece that assures reliable timekeeping and greatly reduces the need for battery change.

Self-Adjusting Multi-Band 6 Atomic Timekeeping – Compatible with all six transmission stations worldwide, Multi-Band 6 is the world’s first radio-control system built to receive time calibration signals from up to six transmission stations: two in Japan and one each in North America, the United Kingdom and Germany, plus the new station in China. Through a miniaturized, shock-resistant, highly sensitive amorphous antenna and large-capacity, power-saving LSI, stable operation of watch functions including 6-station radio wave reception are achieved.  With Casio’s Atomic Timekeeping Technology, you will always have ultimate precision.