Canon has announced a new digital camera for the UK market. The new camera is called the IXUS 1000 HS. Canon is using the launch of the new 1000 HS camera to mark the tenth anniversary of the IXUS family in the UK.

Canon claims that the new camera is the slimmest super zoom camera of its kind in the world and it is the first in the IXUS family to offer 1080p HD movies at 24fps. The thin camera will be offered in pink, brown, and silver colors. All have the same DIGIC 4 image processor inside. 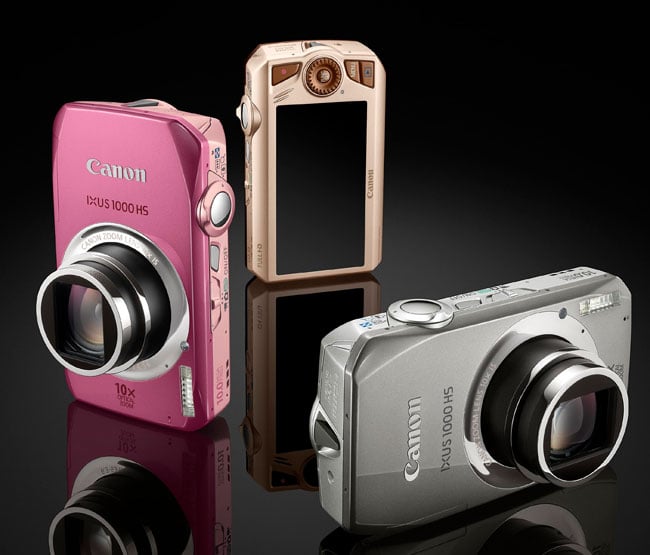 The resolution of the camera is 10MP and the lens has 10x optical zoom. The ISO speed is up to 3200 with extended to 6400 available. Bursts can be shot continuously at 8.8 per second in 2.5MP mode and the camera has super slow motion 240 frames per second as well. Pricing and availability are unannounced at this time.