Canon has rolled out a new DSLR camera called the Eos Rebel T5. The new camera is an entry-level unit for those new to the DSLR world and comes with an impressive price. The camera will ship in March with an EF-S 18-55mm lens for $549.99. Just because the price is low, doesn’t mean the camera lacks features. It is a nicely featured camera. 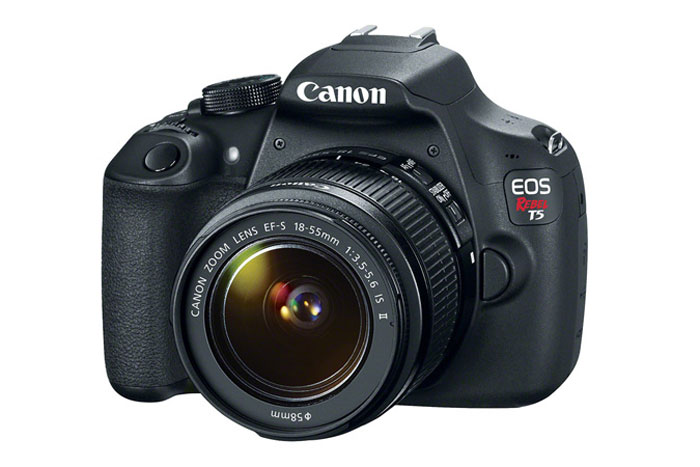 The T5 has a native resolution of 18MP and uses an APS-C CMOS sensor. That image sensor is paired with a DIGIC 4 image processor. The ISO range for the T5 is 100-6400 and can be expanded to 12800. It uses a nine-point AF system that makes it easy to focus on fast moving subjects. Canon also says the camera is able to shoot bursts at three shots per second.

Other features include a full HD resolution movie mode. The camera can shoot in multiple resolutions and modes. The rear LCD has Live View functionality and the T5 supports in camera editing of images. In-camera filters for images include Miniature Effect, toy Camera, and Fisheye. The camera also has a Creative Auto mode to walk new users through how to take photos.