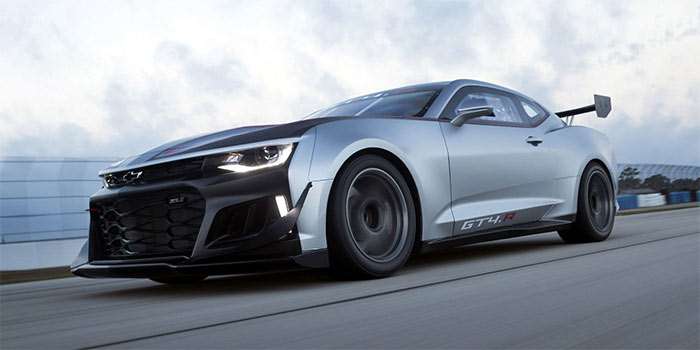 Chevrolet has unveiled a new racing car that is based on the awesome Chevrolet Camaro ZL1. The new racer is called the Camaro GT4.R and it will be used in competition in the Pirelli World Challenge and Continental Tire SportsCar challenge races this year. The car runs a race-prepped version of the 6.2L LT1 V8 used in the production Camaro SS.

That engine is mated with a six-speed paddle shift transmission with limited slip diff, both by Xtrac. The body of the car is inspired by the Camaro ZL1 1LE with lots of extra aero. It will run in the GTS class in the Pirelli World Challenge and in the Grand Sport class in the Continental series.

The debut of the car comes this weekend at the Grand Prix of St. Petersburg. The car certainly looks on paper like it will fare well on the track. We shall see when it hits the track this weekend just how well it does with the competition.

via Road and track