Call of Duty Strike Team has today arrived on iOS devices brings a different style of gameplay to touchscreen devices than the console based COD gameplay, and Android and Kindle Fire versions of the game will be released at a later date.

Within Call of Duty Strike Team you get to control a team of soldiers with fully customisable loadouts and lead them into a diverse field of environments, using squad-based gameplay. Watch the trailer after the jump to learn more. 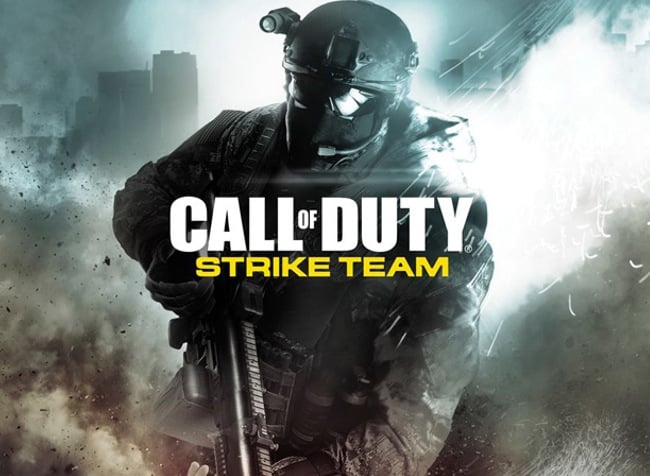 The squad-based gameplay enables players to switch between views to coordinate and execute your attacks and the game includes two modes to enjoy called Campaign and Survival mode.

“The year is 2020. Tensions run high amongst the world’s superpowers. In a surprise attack, the United States finds themselves in a war with an unknown enemy. Your mission is to lead a Joint Special Operations Team in a global effort to hunt down those responsible.

SURVIVAL MODE – Put your skills to the test as you fight off waves of increasingly difficult enemies. Compete against family, friends, and the Call of Duty: Strike Team community for leaderboard domination.”

Call of Duty Strike Team is now available to purchase from the Apple iTunes Store for £4.99 or $6.99.