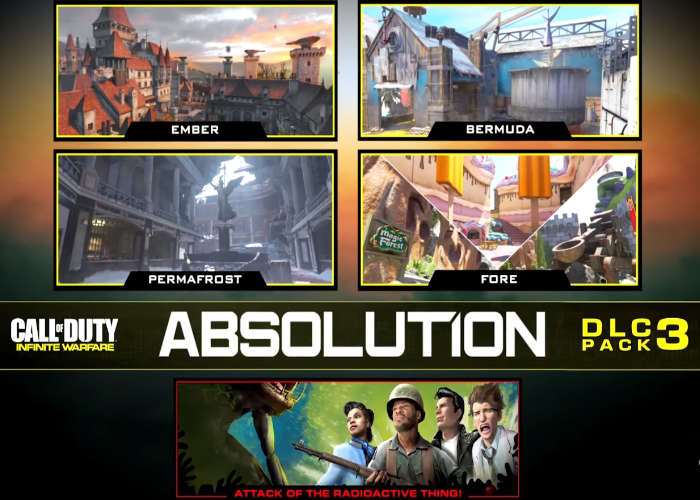 New Call of Duty Infinite Warfare trailer has been released today in the form of the Absolution trailer which provides a two-minute look at what you can expect from the new locations included in the latest DLC pack Absolution.

Absolution is the third and penultimate DLC map pack for Call of Duty: Infinite Warfare and is now available to download on PC, Xbox One and was previously launched on the PlayStation 4 back in July.

Infinite Warfare Zombies goes back in time to the 1950s with Attack of the Radioactive Thing! Lead by Elvira, the Mistress of the Dark herself, our ever-revolving cast of survivors must save a small ’50s beach town from a government science experiment gone horribly wrong.