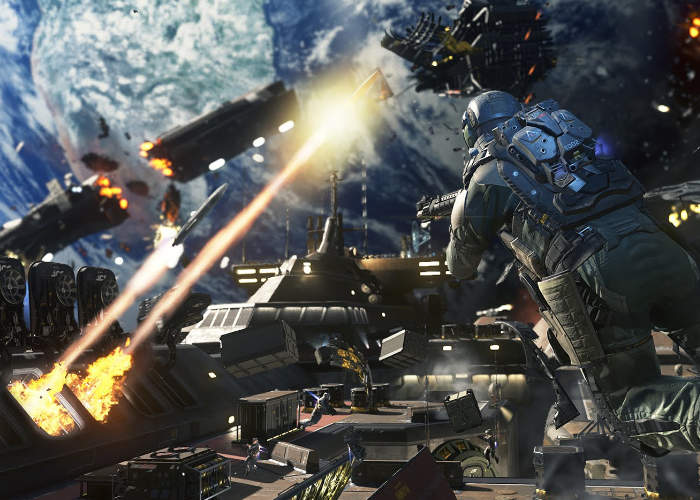 If you are in the mood for a little space combat this weekend, you will be pleased to know that the highly anticipated launch of the new Call of Duty game, Infinite Warfare has today arrived. Making it available to play on the PlayStation 4, Xbox One and PC systems.

It will be interesting to see just how popular the new Infinite Warfare game is with fans, after teaser trailers received the most thumbs down of any YouTube video to date for the series. With fans not overly pleased that the games developers had taken the popular first person shooter into space.

For a quick look at what you can expect from Infinite Warfare check out the launch trailer below.

Multiplayer combines a fluid momentum based movement system, player focused map design, deep customization, and a brand new combat rig system to create an intense gameplay experience where every second counts. In Zombies, go back in time to fight the undead in a 1980s amusement park, complete with a plethora of rides, an awesome arcade, and a funky, functioning rollercoaster.