The other Call of Duty: Ghosts DLC packs confirmed by developer Infinity Ward are , ‘Devastation’, ‘Invasion’ and ‘Nemesis’ and a Call of Duty Ghosts season pass priced at £34.99 grants players access to all four upon their release. 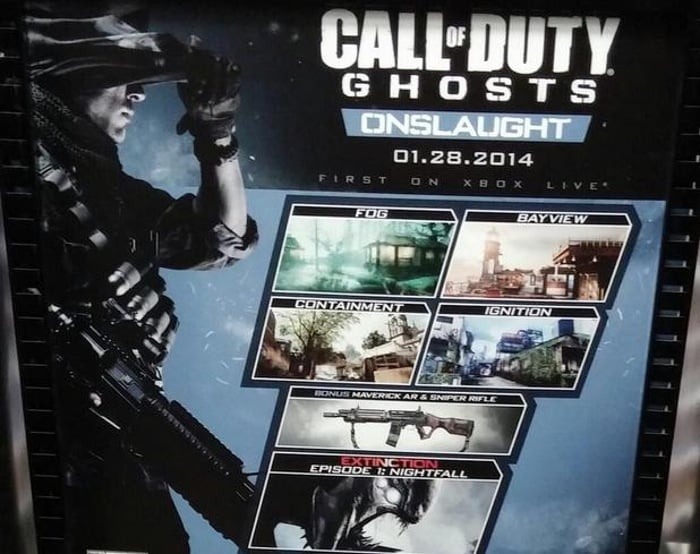 Thanks to leaked promotional posters photographed at a GameStop store we know that the new Call of Duty Ghosts Onslaught DLC will include four new maps Fog, Bayview, Containment and Ignition, together with Maverick AR & Sniper Rifle, and the first instalment in an episodic Extinction mode campaign.