Over the weekend teams battle d it out for the title of Call of Duty Championship 2014 and Professional competitive gaming team CompLexity came out winners after blasting throughout rounds with a 12 map winning streak to make it through to the final and defeating EnVyUs. 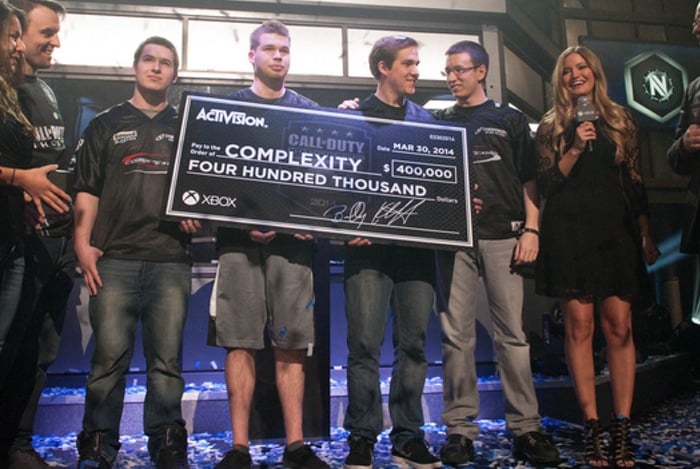 “Championship Sunday arrived at the 2014 Call of Duty Championship, presented by Xbox, as six remaining teams fought for a chance at glory. In the end, compLexity would defeat EnVyUs to win the $400,000 top prize and the title of Call of Duty World Champions!

compLexity began the day with an intense Upper Bracket finals matchup against rivals OpTic Gaming. After compLexity won the first Domination, OpTic would take the next two games to grab a 2-1 series lead. It seemed like OpTic would clinch the series after going up 18 points on the initial side of the second Domination, but compLexity was able to turn it around on the second side to tie the series. The momentum would carry over to the deciding Search & Destroy match, as compLexity would sweep the map 6-0, win the series 3-2, and advance to the Grand Finals.”