If you are looking forward to the official launch of Battlefield 3 later this month, but think your console might not look the part. Don’t worry you can now encase your PS3 slim or Xbox 360 in the new Calibur11 Battlefield 3 Vault.

The Calibur11 Battlefield 3 Vault has been designed to add a little Battlefield 3 styling to your boring console and adds a Battlefield 3 smoke body, a 3-mode LED light up claymore, DICE logo smoke grenade and enhances the cooling of your console by increasing airflow. 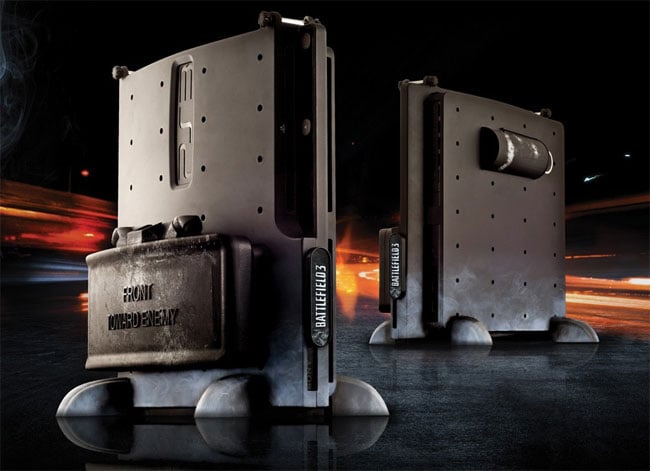 The base vault consists of an industrial foot chassis and the left and right main body panels feature multi-access ports for complete customisation.its also equipped with two vault gear locking mechanisms, which crown the body panels to your console.