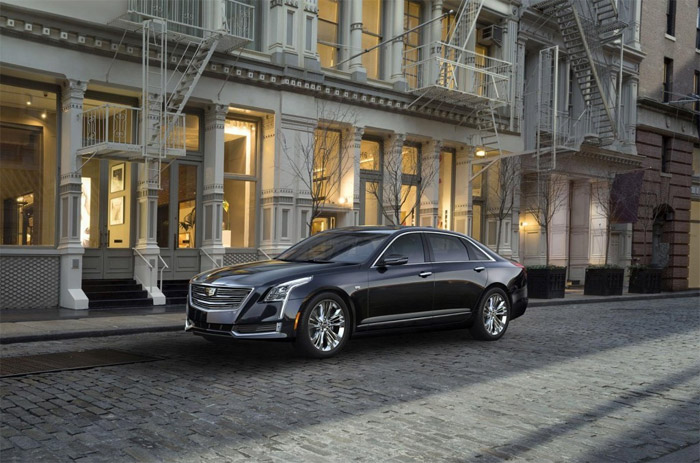 A rumor is making the rounds that Cadillac is set to unveil its CT6 Hybrid at the Auto Shanghai 2015 show in a few weeks. The car is a hybrid that has been rumored to use the same engine that the new Chevy Malibu Hybrid uses under the hood. If true that means the CT6 would get a small 1.8L four-cylinder engine mated with a pair of electric motors for a total of 182hp.

The car was first unveiled at the New York Auto Show and is a flagship sedan for the Cadillac brand. If the hybrid is unveiled in Shanghai, it would be the first time for that model to be seen. The car is similar in size to the BMW 7 series and is 100% a premium car. Inside Cadillac uses wood, and carbon fiber to class things up.

The normal version of the CT6 uses a 3.6L V6 engine producing 355hp or a 3.0L twin-turbo V6 that makes 400hp. The hybrid version of the car would be more fuel efficient and help those that want their luxury with a big helping of green feel better about their impact on the environment.