Cablevision has released a new iPad app named ‘Optimum for iPad’ that will allow customers to enjoy the Cable Television service from their iPad. With around 300 live channels for live streaming and 2,000 video on demand (VOD) titles, with more VOD titles being added as the cable provider encodes them for IP distribution.

Other features and enhancements include  searchable guide Information, based on genre, cast members, time of day and favorite channels. Together with the ability to control the DVR side of the service as well. Allowing users to schedule and erase DVR recordings directly from their mobile device. 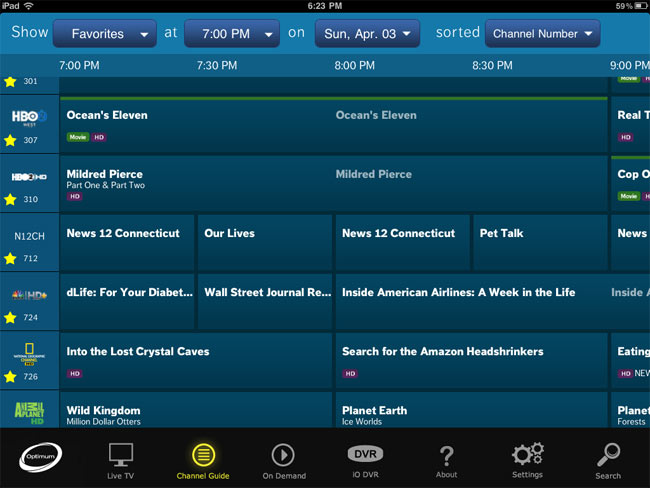 Cablevision uses its secure and proprietary Advanced Digital Cable television network to deliver cable programming to customers for viewing on the Optimum App for iPad, and content is not delivered over the Internet.

Cablevision plans to deploy additional applications that deliver the same experience to other tablets and display devices, functioning as televisions. You can download the new Cable Optimum for iPad from the Apple iTunes Store now.