Cabela’s is a company that makes all sorts of items for the outdoors enthusiast and hunter. The company is particularly well known for its line of camo clothing for hunters that want to blend in with their surroundings. Cabela’s has unveiled a new line of clothing called ColorPhase that is designed to change with the seasons. 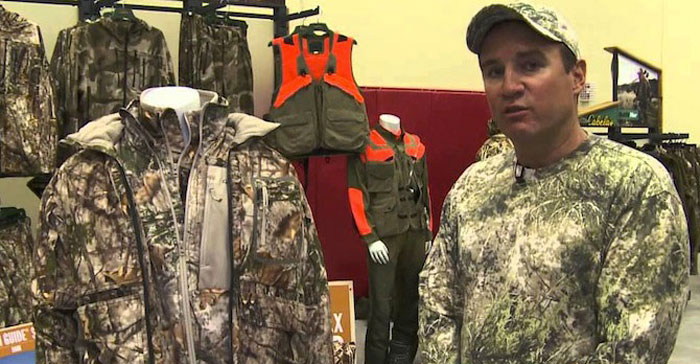 The high tech fabric uses artwork that is able to turn itself brown like a winter forest in temperatures below 65F. When those temperatures are above 65F, the clothing has more green to go along with summer and early fall foliage. The upside to having this color changing clothing is that hunters won’t need to buy a set of gear for warmer and cooler weather to blend in.

One set of clothing lets them hunt in most weather types. The only issue I see with this sort of weather sensitive gear is that in some areas of the country where weather changes rapidly you might end up with green colors on your shirt thanks to temperatures above 65F when the trees around you are still brown and dead. Pricing for the ColorPhase gear ranges from around $20 up to $80 and includes shirts, gloves, hats, and jackets among other things.