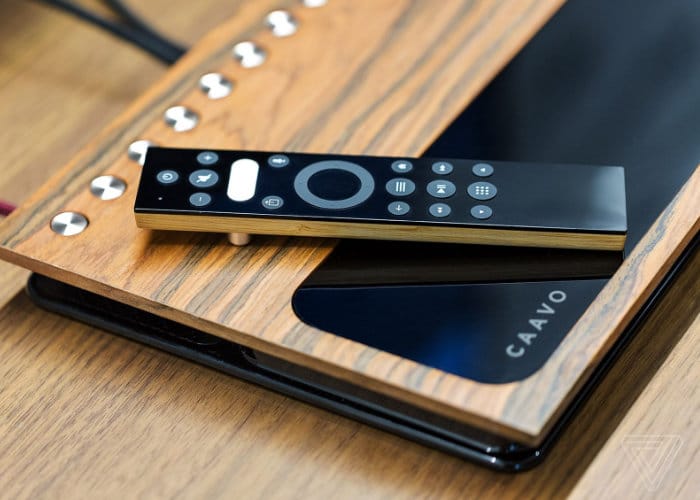 Caavo has created a new universal remote control system which will be launching next year from February 14th, 2018 priced at $399 with 5,000 units being made available to early adopters. The universal remote control was first unveiled earlier this year during February 2017 and offers a powerful control hub allowing you to connect streaming systems, satellite boxes, set-top boxes, consoles and more watch the video below to learn more about the Caavo. Nilay Patel from the Verge website explains more :

Caavo is making neat custom HDMI cables with LEDs on each end so you can easily figure out what’s plugged into each input. You simply press the LED on one end and it blinks on the other. One of these cables comes in the box; you can buy more. There’s another neat cable trick as well: Caavo’s version of an IR blaster has been engineered to work over HDMI, so you only have to run one cable to devices that need IR control; a breakout box at the other end splits off the IR blaster. I don’t love IR blasters, but it’s clever.

To learn more about the Caavo machine vision universal remote jump over to the Verge blog via the link below for a hands-on review. Caavo has recently raised another $17.5M in venture capital, bringing the total to $32.5M which will be used to create more affordable new products in the future.