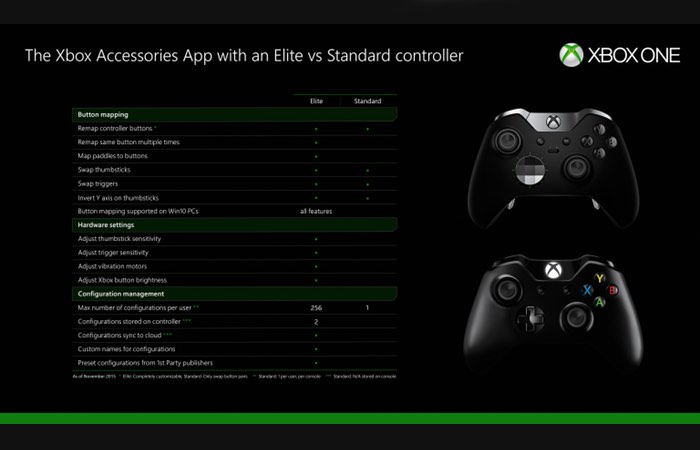 Major Nelson has today announced that button remapping is now available on standard Xbox Wireless controllers as well as being available on the Xbox Elite controller.

The new button remapping feature for the standard controller has rolled out within the New Xbox One Experience and can be accessed in three different ways.

Major Nelson explains more about the setup of the button remapping feature.

For standard controllers, you can now swap button pairs. For example, if you choose to map LB to X, then X is automatically mapped to LB. This maintains that all buttons are always mapped on a standard controller. You can do multiple button swaps in sequence to move button commands to where you want them to be on the controller.

When buttons are remapped on a standard controller, the remapping is not transferrable to other consoles. In other words, if you move to another console, you’ll need to go through the remapping process again with that new console. Remapping is available for both first party wireless and third party wired controllers. Remapping for standard controllers is available for Xbox One consoles only, with PC support to be confirmed at a later time.

For more details jump over to the official Major Nelson website via the link below.