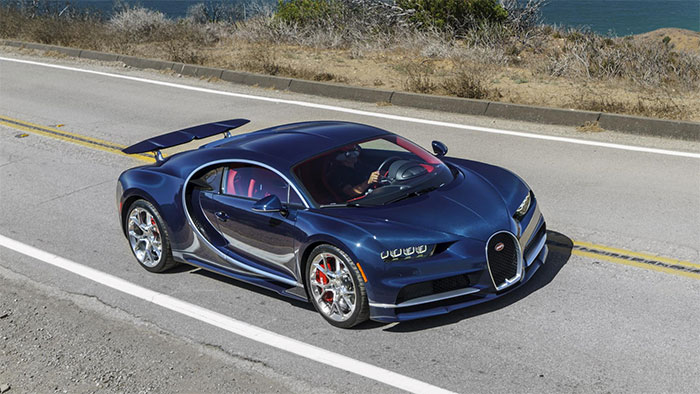 The Bugatti Chiron is expected to be the king of all hypercars when it launches. While the car is just now making the rounds and hasn’t officially launched there are 200 wealthy and lucky buyers who have ordered one of the cars. The beast packs in right at 1500bhp and 1180 torque meaning it has loads of power.

Top Gear got a tour of the car and gave up a few details that are interesting. One is that the visible carbon fiber inside the car is part of the structure of the dash. The aluminum parts inside are actually milled aluminum, including the buttons and the indicator stalks.

Like other Bugatti models, there is a special Speed Key if you want to drive over 236mph. 236mph is a scary thought, gong over that is insane. That special key sits in its own recess in the sill of the car. The car sells for £1.9 million making it hugely expensive. For that sort of money the car had better have some very cool details for buyers to discover. The designer says heat was a huge issue and that the car has 11 radiators to keep the massive 16-cylinder engine and quad turbos cool.